The SCI-FI-LONDON Film Festival loves all things post-apocalyptic, but the zombie/virus/outbreak thing has been, ahem, ‘done to death’ in recent years. However, we were delighted by this impressive low-budget indie.

The filmmakers knew their budget limitations meant they couldn’t show lots of actors charging (or stumbling) around covered in blood. Instead they made a dark, unforgiving character piece.

Synopsis:
In the wake of an apocalyptic viral outbreak, Charlie treks through the wilderness to reunite with his girlfriend, Samantha.

As Charlie’s journey brings him closer to his destination, he must face physical exhaustion, malicious survivors and, perhaps most menacingly, his own emotional burdens. With his newfound traveling companions, Charlie must overcome his obsession with the past. He must learn to let it go.

Surprising, compelling and with some superb first-timer performances, this movie is proof you don’t need a lot of money or studio backing to make something good, but rather ambition, drive and a great idea.

"In Dead Weight, a US-wide outbreak transforms those infected into flesh-eating killers, driving slacker Charlie (impressive newcomer Joe Belknap) to get off his couch in Toledo, Ohio and trek on foot to Wausau, Wisconsin, where he has promised to meet his girlfriend Samantha (Mary Lindberg).

So far, so familiar zombie survival thriller – but first-time feature-makers Adam Bartlett and John Pata keep their infected almost entirely off-screen, preferring more human monsters. The film’s focus becomes Charlie’s difficult dynamic with his fellow travellers and the other uninfected people he encounters along the way, as well as his troubled relationship with Samantha (shown in reverse-order flashbacks). The film ends up in dark territories previously occupied not just by other post-apocalyptic fare, but also by Blue Valentine and even Simon Killer. The world may be falling apart, but what we witness is one would-be lover’s moral breakdown, which resonates far more deeply than the ambient genre mayhem wisely relegated to the background."
Anton Bitel, Sight & Sound 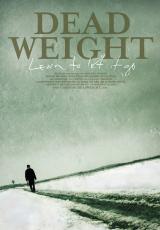